The Literature Concept Map can be downloaded here. The presentation is directly below.

Here we offer our thoughts on Gunther Kress’ 2002 book Literacy in the New Media Age. 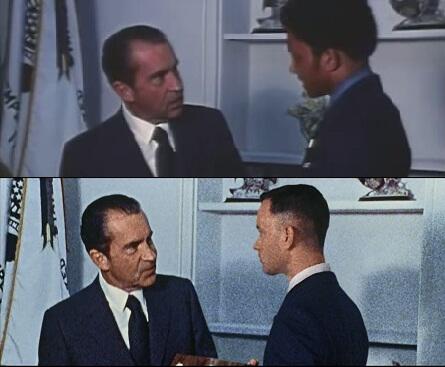 The revolutionary hope that I bring to the classroom is that it will become a space where they can come to voice (hooks, p. 53).

Curwood and Gibbons’ work regarding Multimodal Counternarratives was an interesting experience for me.  While issues of societal and institutional bias are not new, the expression of these issues through the lens of master narratives and counter narratives felt almost as if I was learning a new language with which I could better explore the topics.

The idea of a pervasive master narrative against which an individual can directly speak via counternarrative seems a powerful tool, well-suited to the adolescent nature of rebellion.

I was intrigued by the usage of digital poetry as a tool for adolescent identity development.  In my own community, Ann Arbor, there is a heavy emphasis on the Poetry Slam as a vehicle for expression across age groups.

True speaking is not solely an expression of creative power; it is an act of resistance, a political gesture that challenges politics of domination that would render us nameless and voiceless. As such, it is a courageous act—as such it represents a threat. To those who wield oppressive power, that which is threatening must necessarily be wiped out, annihilated, silenced (hooks, p. 8).

Now slam poetry is a more restricted form as only certain things are allowed on stage.  Music, for instance, is banned.  However, it’s power comes from it’s multi-modality: the voice the speaker gives to the text, the tempo at which the words fly, the gestures and gesticulations as the words come.  This has been used by Ann Arbor educators to give voice to those who have felt voiceless.

Digital poetry as practiced by Jen, displayed in Mr. Nouansacksy’s work, and described by Curwood and Gibbons adds even more modalities to poetic expression.  This gives adolescent a “deeper toolbox”, if you will, with which to build their expression of identity.  In Tommy’s poem, I was struck by the use of the text coloration when appealing to the humanity of the audience via the questions (“Will you feel useless? Used?).  I also felt the dissolve of background during the “more than a stereotype” was powerful.

It’s possible that I am reading too much into it, but at the end when he is shown playing with the doll for “comic relief”, I wonder if the choice of doll was intentional: a blond cheerleader.  Surely, this is a reflection of the All-American master narrative turned to a plaything in the hands of the outsider, unnatural, gay, asian teen.  There is power in this work.

hooks, b. 1994. Teaching to transgress: Education as the practice
of freedom. New York: Routledge.

My Papa’s Waltz by Theodore Roethke

The whiskey on your breath
Could make a small boy dizzy;
But I hung on like death:
Such waltzing was not easy.

We romped until the pans
Slid from the kitchen shelf;
My mother’s countenance
Could not unfrown itself.

The hand that held my wrist
Was battered on one knuckle;
At every step you missed
My right ear scraped a buckle.

You beat time on my head
With a palm caked hard by dirt,
Then waltzed me off to bed
Still clinging to your shirt.

What I like about poetry is that it often encourages, even rewards, you for bringing your own baggage to the reading.  As such, perhaps I’m overly effected by the loss of both of my Dads to cancer, but I look at this poem and see joy in spite of the pressures of life.  I see a father having a bad day on the job.  One in an endless string of bad days which led him to the bar with his buddies.  He’s over-indulged, no question.  His knuckles a sign that this is not his usual behavior.  A professional drunk would know how not to fall down.

He gets home, and his wife is not amused.  This behavior is out of the norm for him, and she can’t hold in her frown, but the father doesn’t mind because he is home.  He is with the ones he loves, and that melts the day’s toils away.  His son has waited up to see him.  Rushes to his arms, grabs tight, and they dance as only a parent and child can… a rough hug becoming a raucous dance with the boy standing on his fathers shoes as they wreak havoc rocking across the kitchen, the house, and eventually, the boys room.  He doesn’t want to let go, but sleep will come soon enough, his mind at ease because Daddy is home.

Now, let’s consider the above video.  The words in a poem create a scaffold on which we hang our interpretations.  From those interpretations, we infer emotion and complete a scene.  In the video, the scene plays out before us, fully explicated.  We can see the joy of the daughter dancing with the father, hear the laughter of the wife (?) working the camera, and the openness of the father, free to be the clown, when surrounded by family and/or friends.

It’s an interesting difference in that the words of the poem ask you to complete the scene whereas the video asks you to consider the backgrounds of the actors in the scene playing out before you.  Who are these people?  Is the father a bit of a jackass or just letting loose with the family on a day off?

The poem and the video play out different and yet thematically similar scenes.  I can easily imagine the Dad in the video being the beaten down Dad from the poem.  As it happens, my reading of the poem is well-aligned with the Dad in the video.  Be it a good day or a bad day, his joy is to be with his family and dance.

If I had taken a darker view of the poem, there is certainly meat there to paint a scene of alcoholism and/or abuse, I wonder how the juxtaposition of the two scenes would play out?  Would the (presumably) sober actions of the father lesson the dark impact of the drunken scoundrel.  Viewed separately, they would form very different pictures of a domestic situation, but viewed together, they present a complex image of a troubled man.  Does the happiness shown by the daughter and the wife ameliorate the written wife’s anger or the boy’s potentially fear-tinged joy at a raucous moment shared with his Dad?  In my initial take on the poem and the video, they support each other and leave the reader/viewer satisfied.  If the darker reading is considered, the two together lead to more questions.